Our task was to redesign an existing sequencer. Since our team is a group of three artists and developers who are interested in building installations that are for all groups of individuals, we decided to create an open source interactive drum sequencer installations with limited instructions that would exist in a gallery settings for all ages. 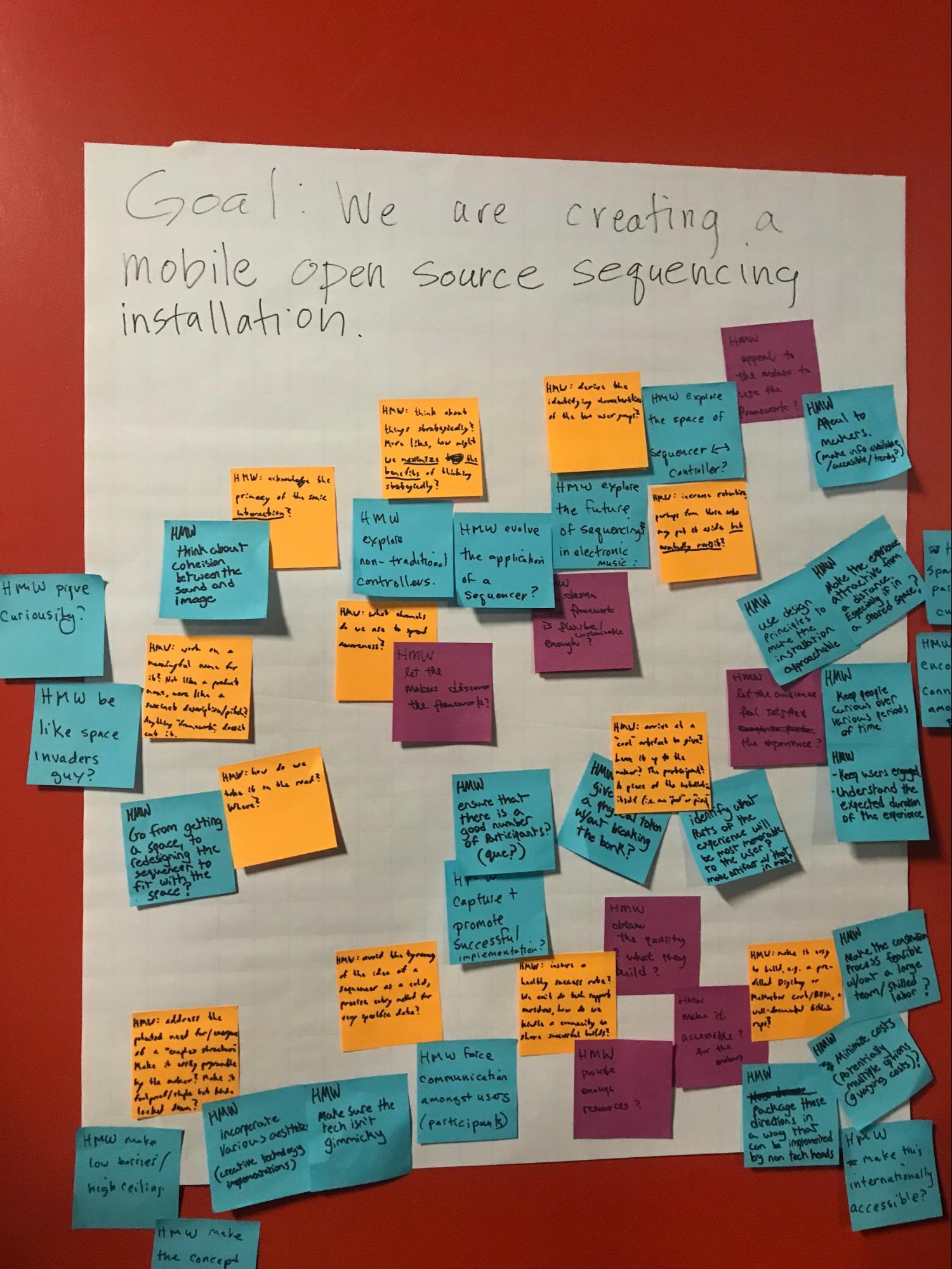 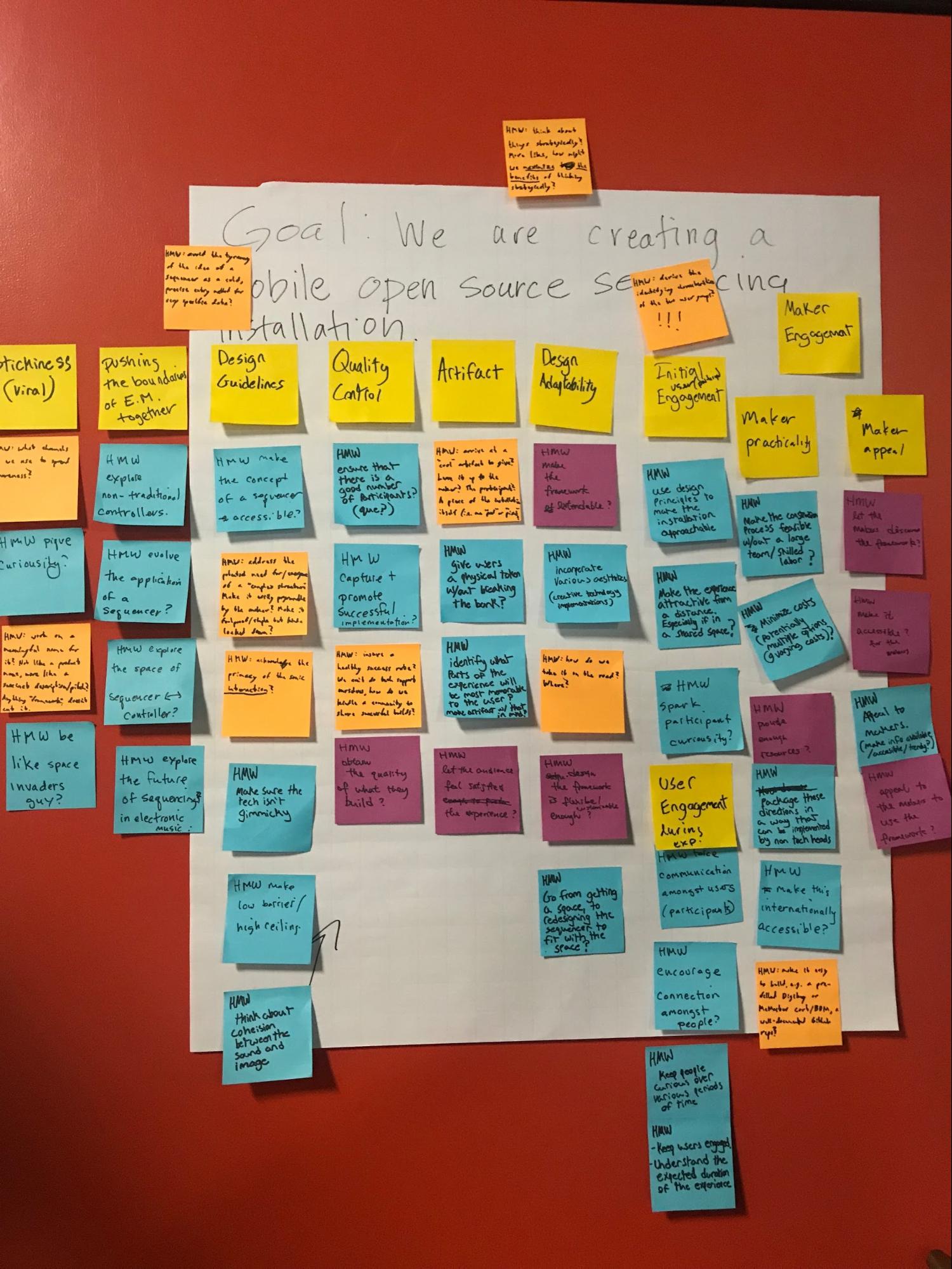 After setting our goal, we started off with creating HMW questions that would eventually shape our design. SInce our project targets two group of users – developers and players, we had to consider different factors of two user groups when we were creating “How May We” questions. We then organized our questions after our brainstorm session, that would be integrated to the user journey map later on. 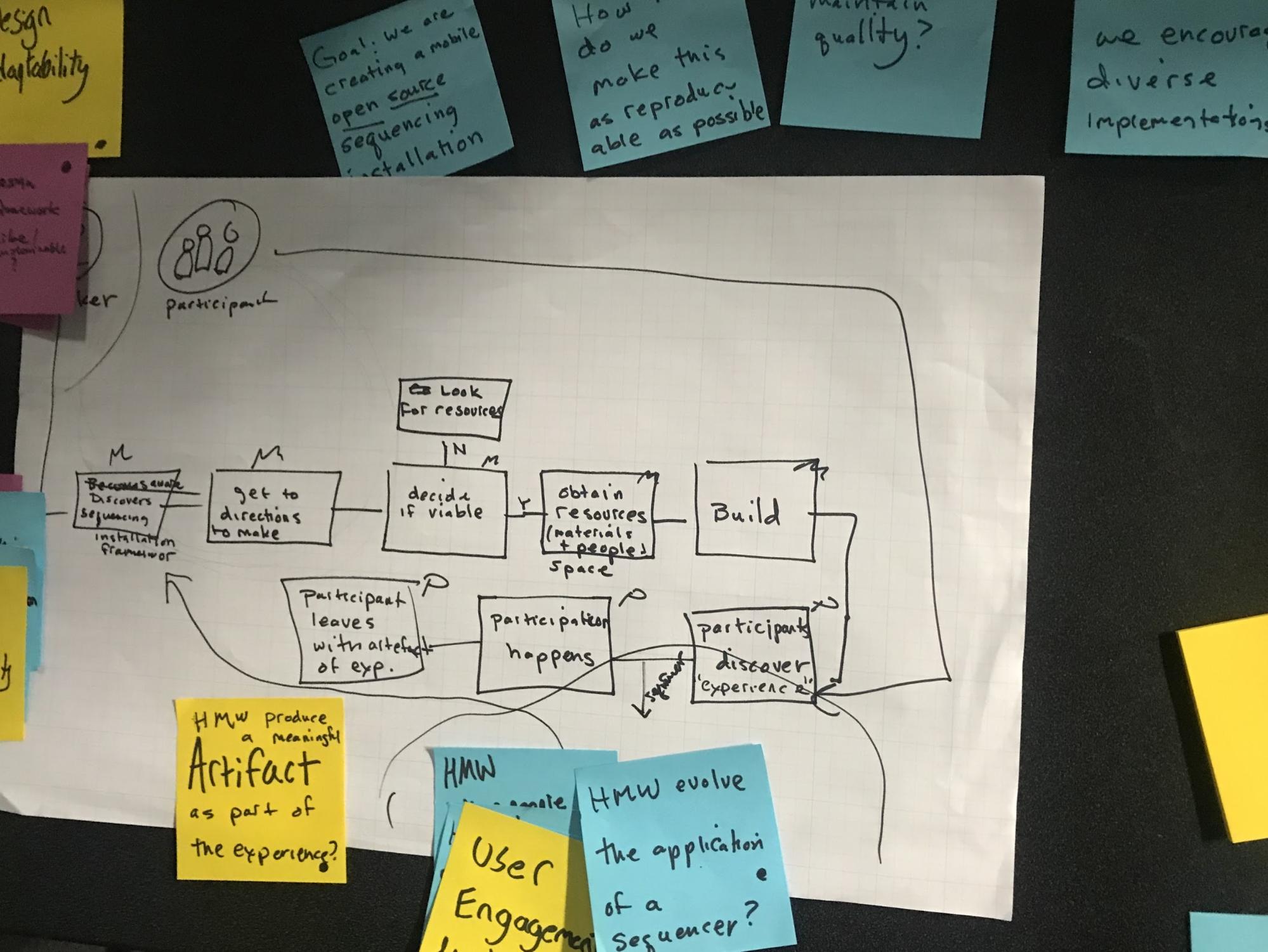 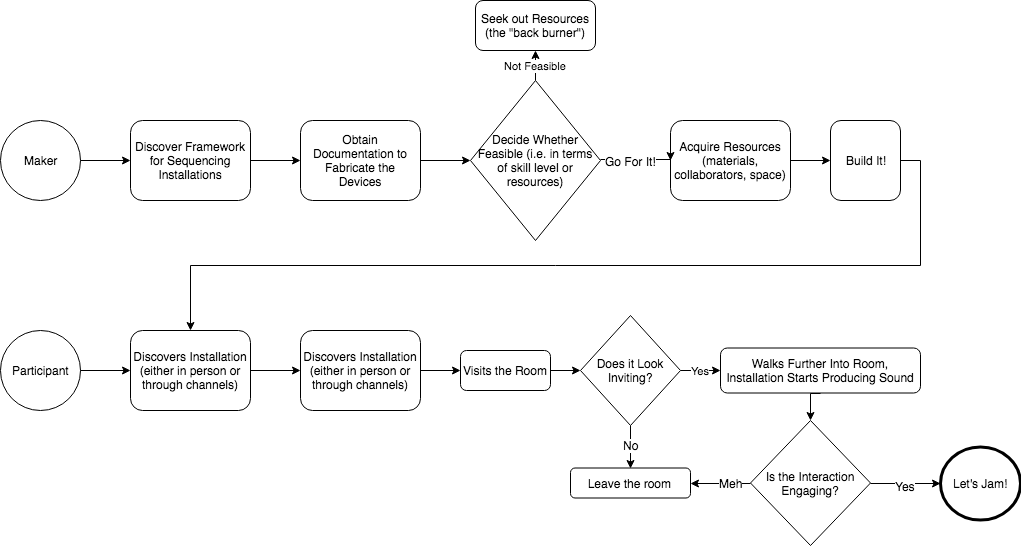 We drafted the user journey map on paper, then put our HMW questions on where the problems would occur on the map. We then made a digital version of the user journey map. We decided to focus on solidifying  ideas for one group of users for this limited time frame. We wanted to prototype the actual installation for the mass audience. If we prove that the concept and the installation works, then we would consider work further on the open source part for the developers. 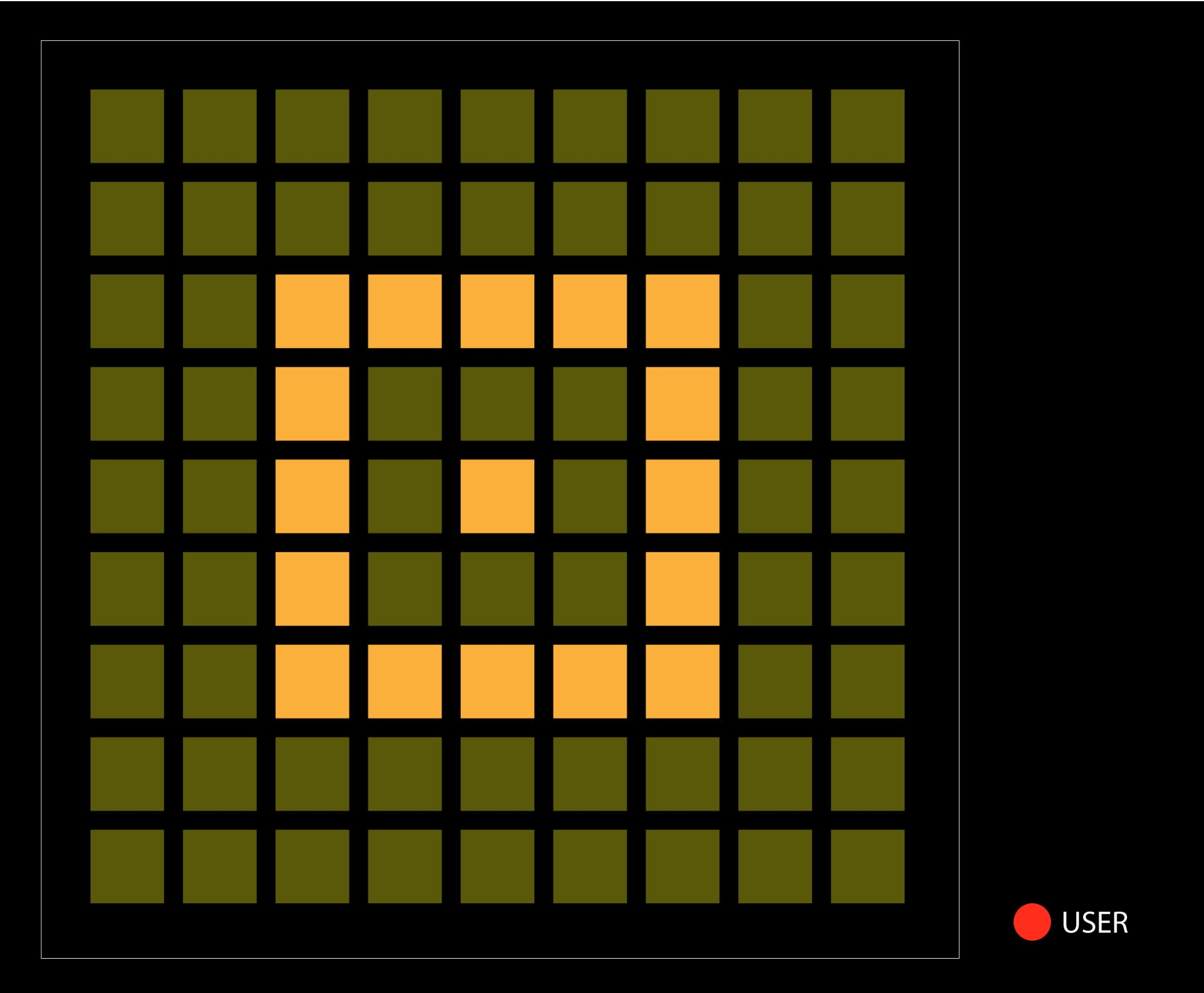 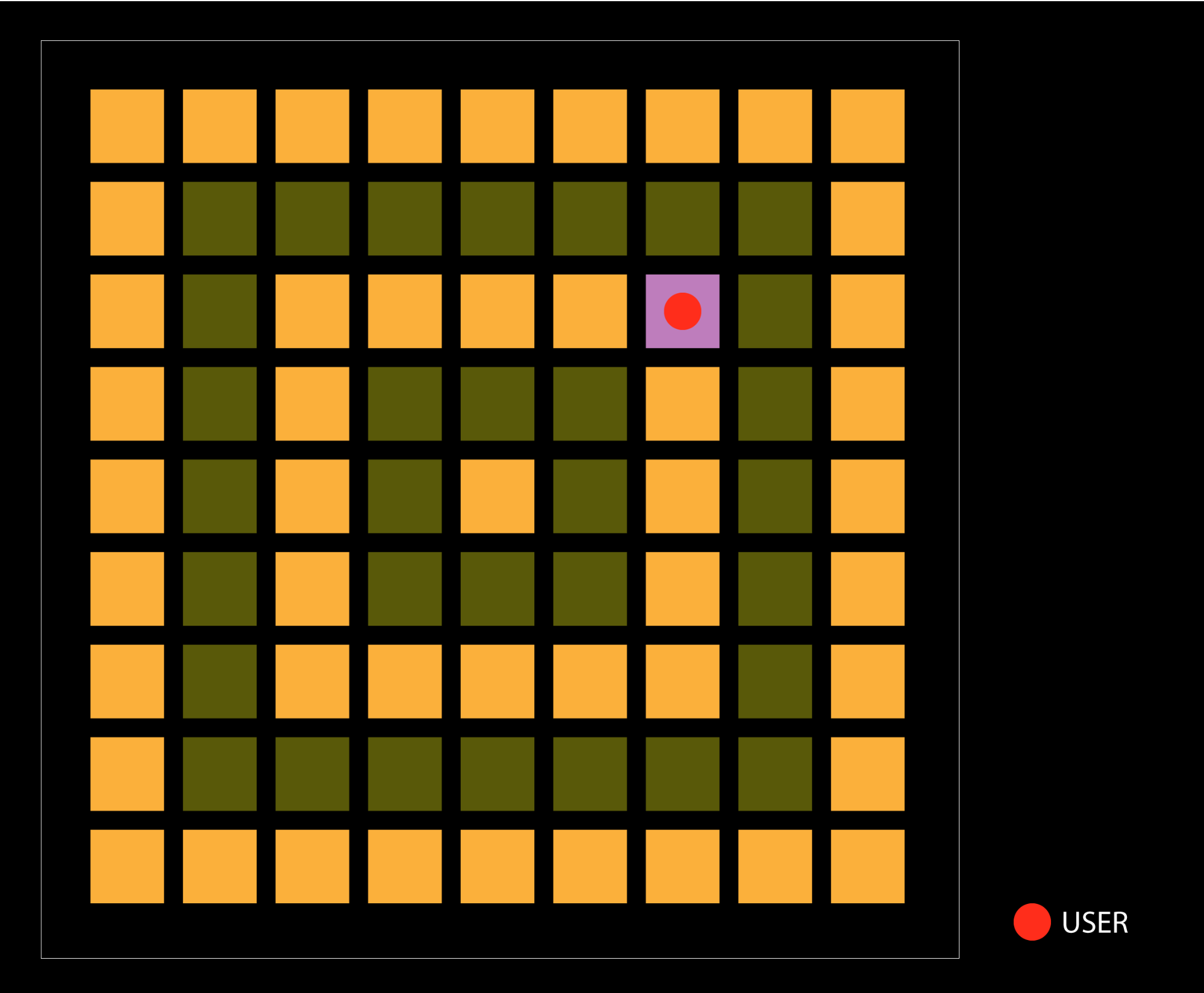 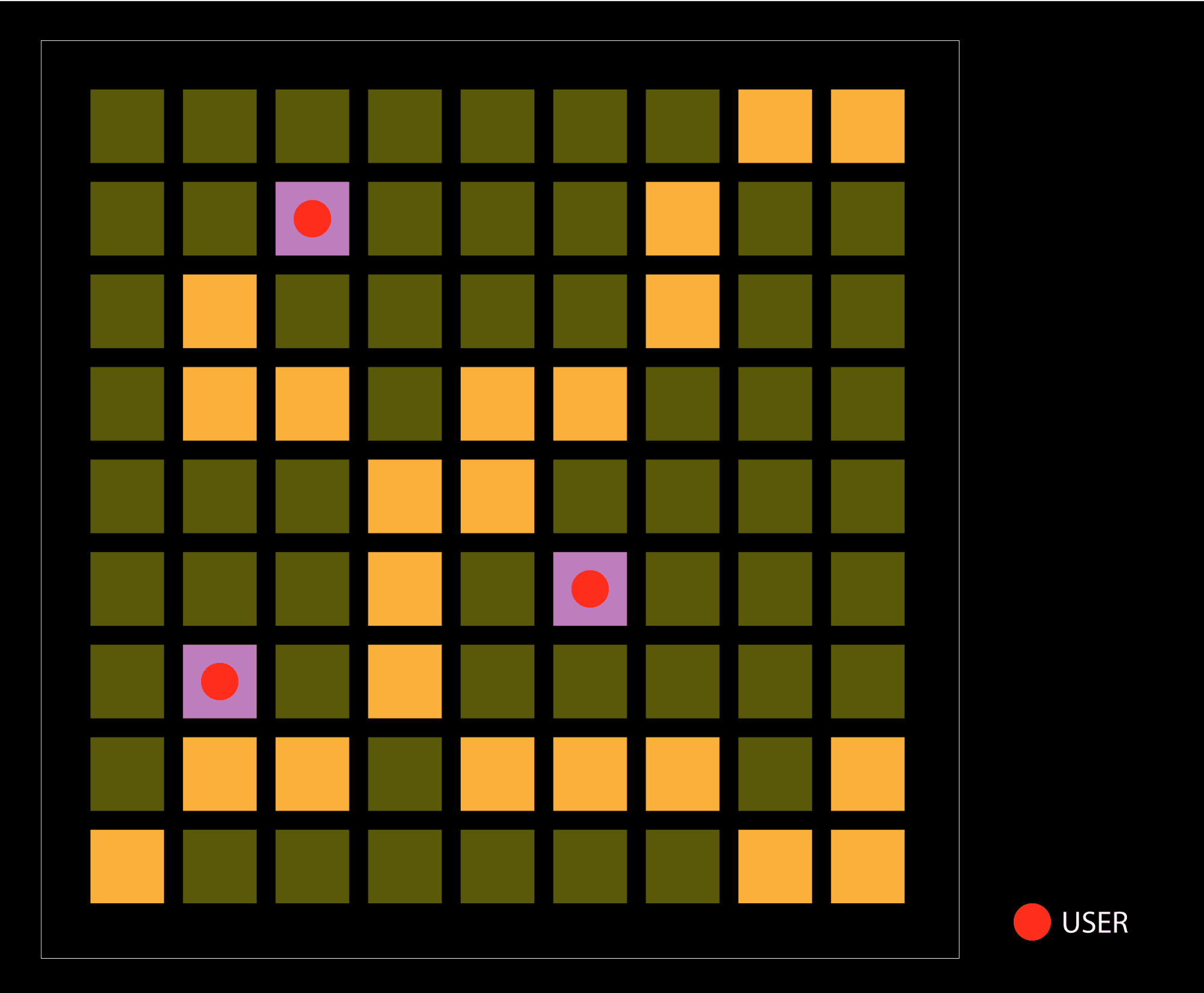 We did a mock-up of what the actual installation would look like. It is a sequencer that makes different patterns. A sound is made when a participant steps on a illuminated spot. Our initial idea was that the sound varies and depends on the heights of the player.

We decided to use projection and control the user inputs manually for the prototype of the installation. Our goal is to test the user experience of how they encourage with the sequencer so we excluded integrating complicated sensor technology for this iteration. We used Troikatronix Isadora to make a quick patch that is  controlled by two iPads via TouchOSC. We input which square the user is stepping on their height informations on the ipad which is sent to the computer to make sound. We placed the installation at a hallway at the gallery night. People were engaged to play with it and gave feedback. 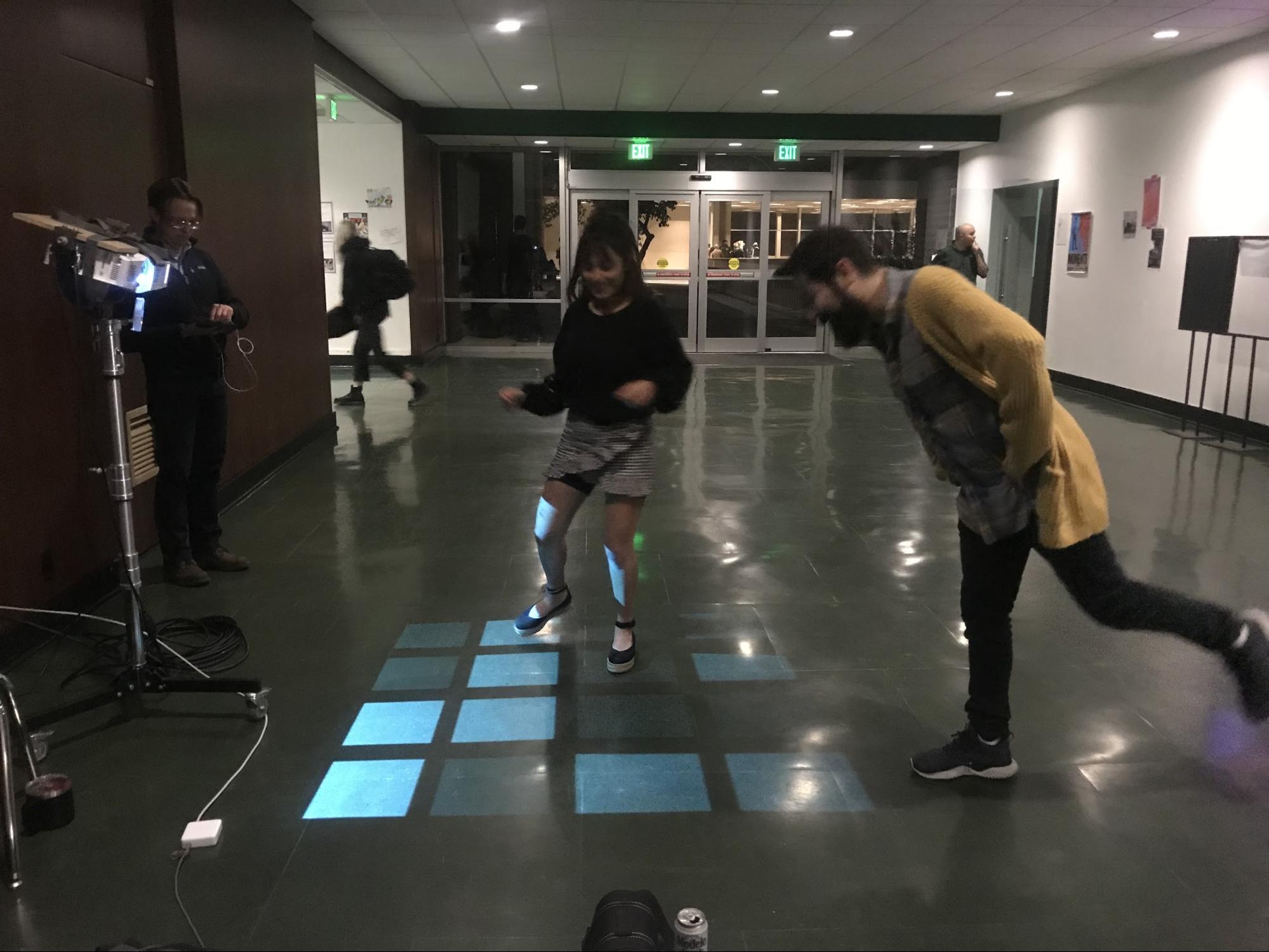 Since we did not want to give specific instructions and manually controlled the inputs corresponding to where the players stand, people were not aware that they could generate different sounds by their heights. Some of them played with sounds. Some of them danced.  And some of them tried to compose interesting loops. We intentionally tried to put the installation in a dark space. Our prototype was tested in an open space. It seemed to work very well and attracted a lot of audience. The other problem was that people tried to use their hands to make sound, which we felt that it was an interesting discovery. People were also trying to jump around and using two feet to make “chords”. Nonetheless the players enjoyed the experience overall.

We would like to use alternate sensor technology to track people instead of tracking their heights, which were not effective. We are considering to shift the inputs by triggering by different body parts. For this stage, we would like to only focus on to create an effective installation and to not think of creating an open source of the installation for now. We are keeping the aesthetics of the design since the audience liked it.